In late 2017, the San Francisco Arts Commission (SFAC) Galleries invited artists Hannah Ireland and Alison Pebworth to collaborate on a public program that would engage public space within the city. Using City Hall as the ultimate intersection for citywide public negotiations, Ireland and Pebworth occupied an used kiosk for the month of January 2018 to present a playful and improvisational take on a City Department as The Unofficial Department of Handshakes.

This two-poster pamphlet commissioned by SFAC and designed with Colpa and printed by Solstice Press documents the project. 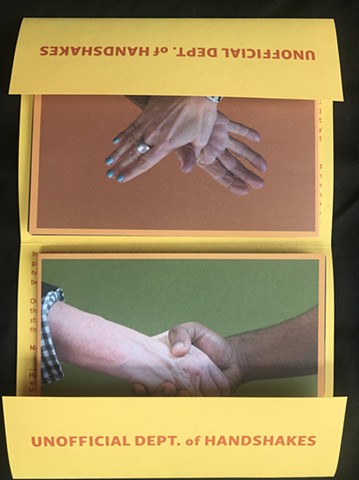 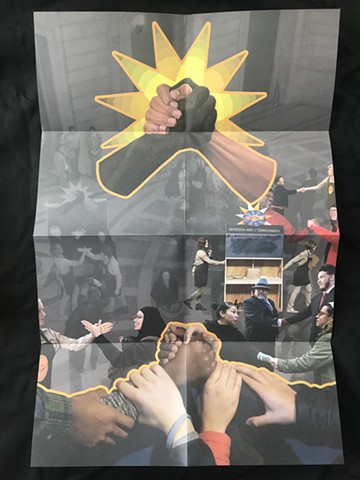 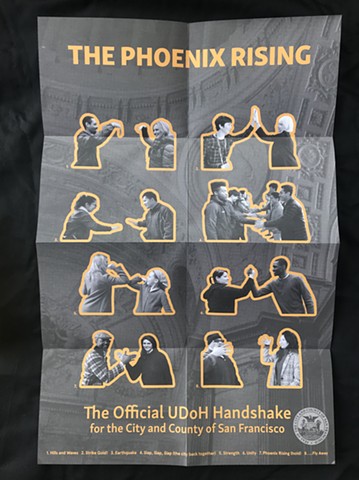 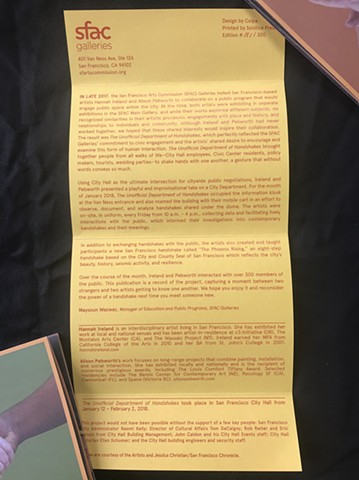 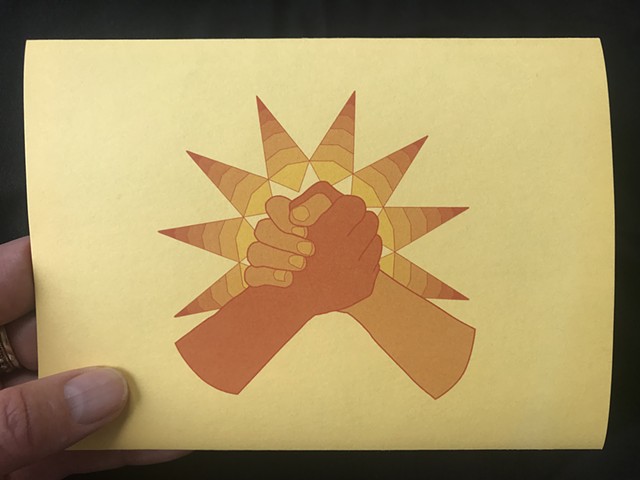 The Unofficial Dept. of Handshakes Pamphlet