In Late 2017, the San Francisco Arts Commission Galleries invited Hannah Ireland and myself to collaborate on a public program that would engage public space within the city. The result was a month long occupation of an used kiosk within San Francisco’s City Hall as The Unofficial Dept. of Handshakes (UDoH).

Posing as uniformed city employees, we wheeled a mobile research unit around the grand foyer of City Hall for a full workday each week in January 2018, performing an improvisational investigation into the gesture and negotiation of the handshake, one of the few cross-culturally and internationally recognized forms of touch between strangers. 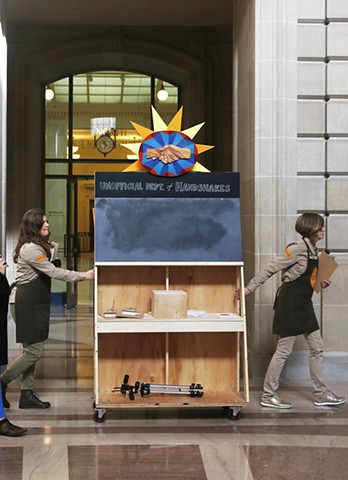 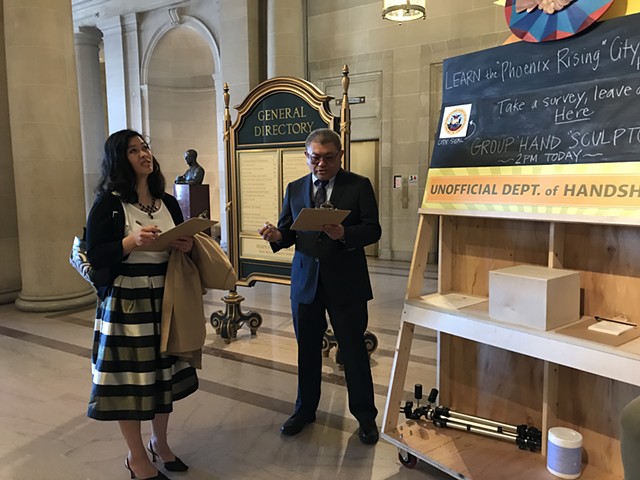 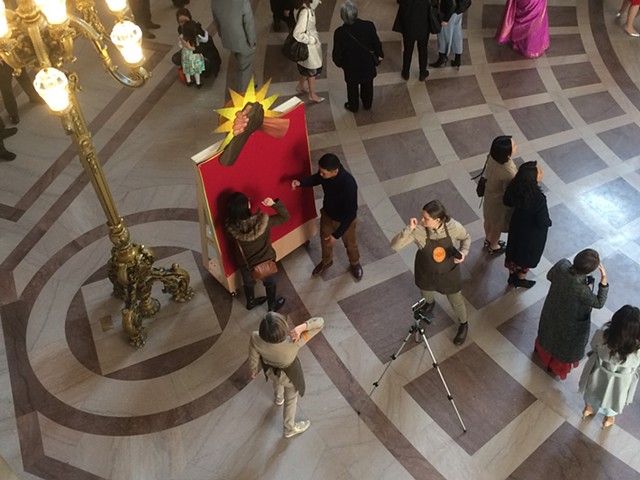 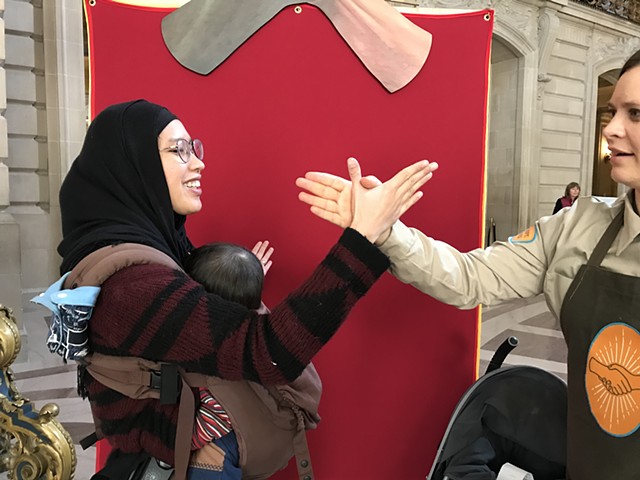 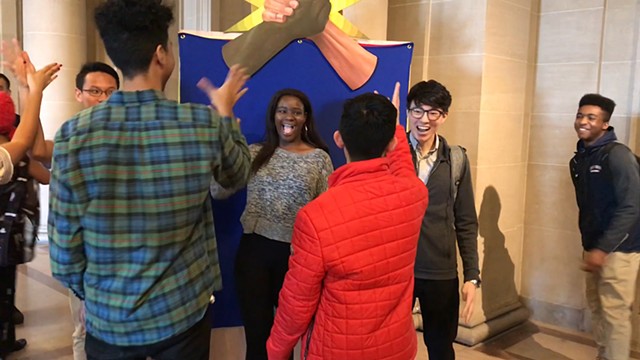 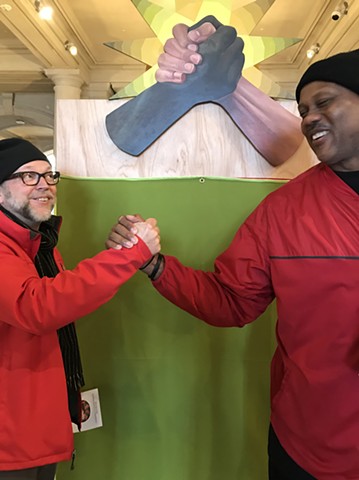 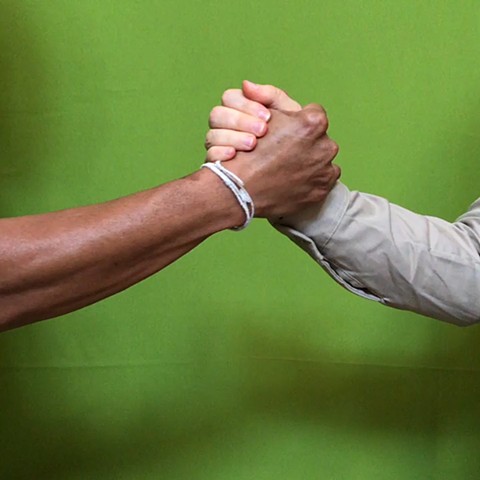 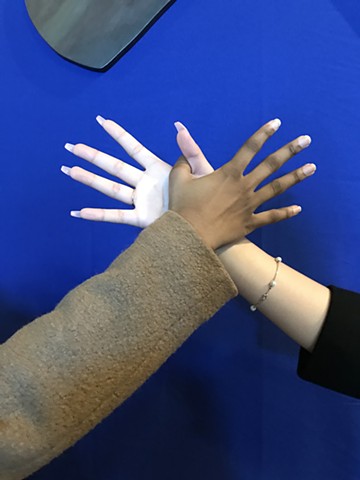 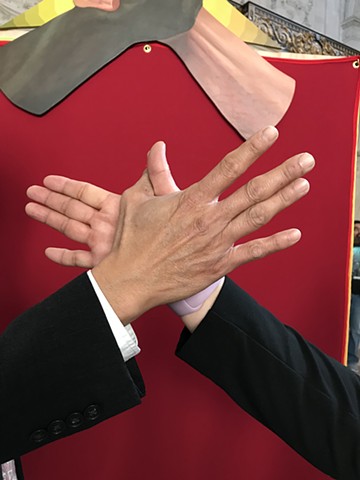 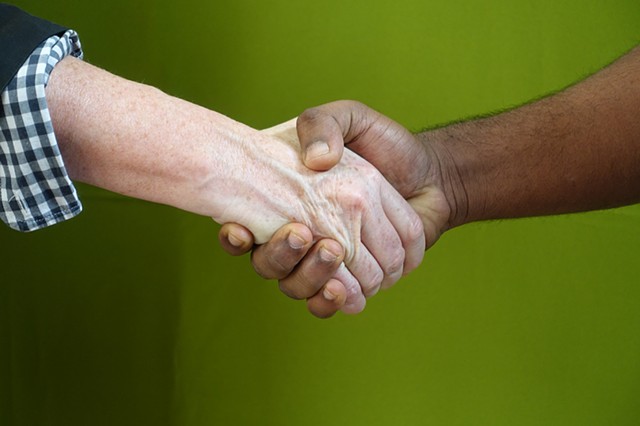 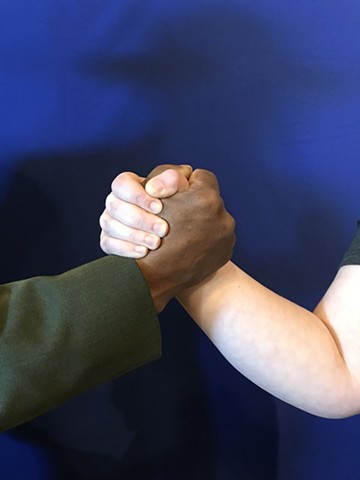 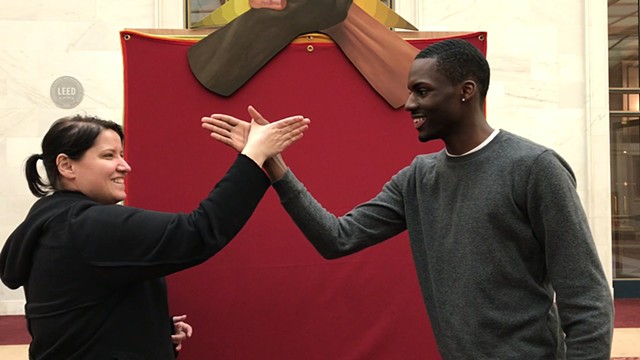 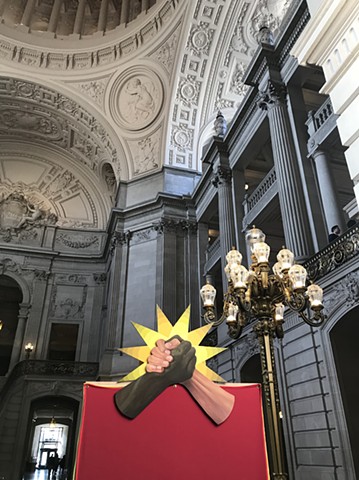 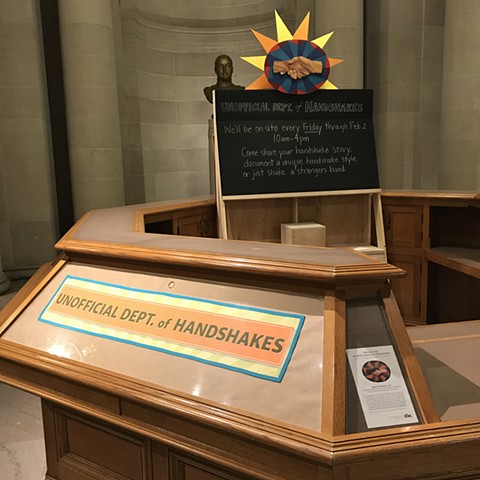 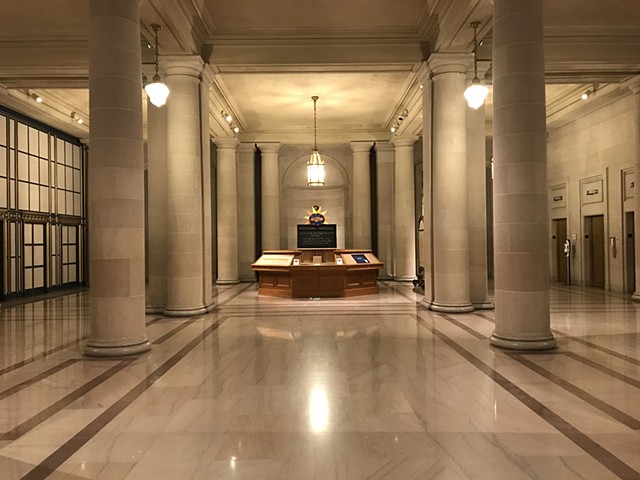 The UDoH mobile research station, when reversed, provided four color backdrops for documenting the many handshakes we facilitated between strangers. We invited further participation by teaching the Official Unofficial Dept. Handshake, “The Phoenix Rising,” an eight-step handshake we created based on The City and County Seal of San Francisco.

When we were not on site, the mobile unit was stationed as a sculptural centerpiece in a kiosk at the west City Hall entrance for people to engage through prompted questions and surveys, and read submitted handshake stories.

SFAC commissioned a two-poster pamphlet designed with Colpa and printed by Solstice Press to document the project.